Poetry List For Imagination And Mind-stretching? Our Family’s Answer. 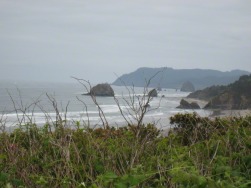 Reader Question:
Dave, can you please provide a list of poems that your family has enjoyed over the years? Our family really likes poetry, and it may be useful to have a handy list around. We would truly appreciate whatever guidance you choose to give or poetry you might suggest.

Family Answer:
Thanks for your question. Sincere, honest questions are always a good thing.

To gather an answer to your question, we talked to our adult kids, and here’s the list that we gathered. Note that this will be a living list, a living post, that we will add to over time as we remember other poems or experience new ones that we wish to include.

For us, poetry is an ancient, vital language. It limbers up our imagination. Here’s the MormonPanorama Poetry List for helping to stretch the minds of your family. These are for a general audience unless otherwise marked, and parents are encouraged to read beforehand and judge for themselves.

What we were looking for in poetry for kids as they grew up:

We hope this answers your question and helps you understand us better and how to become a more effective family, create strong citizens, and have fun with our youth and young adults.

And let us know how we may help you further! If you find that you have any questions about religious issues that you’ve been wondering about or that you haven’t been able to get good answers to, feel free to continue on discussion with us. It turns out that there are a lot of people with questions, and most of them have given up on churches as a source of answers. In our family, it is our experience that answers are out there, that God wants us to have them, and that they tend to be answers we like and have learned to appreciate. Working together with Heavenly Father allows anyone to find certainty in uncertain times.

-Dave and the MormonPanorama Family

1. 90% of People can’t pronounce this whole poem. Feel free to try it!

2. Monty Python on poetry—Kind of…

Not Poetry, But Still Fun

One response to “Poetry List For Imagination And Mind-stretching? Our Family’s Answer.”