On Leprosy and Being Cleansed

Have you ever seen a person with a conspicuous disease such as leprosy? We read of an honorable military leader in the Old Testament, “a mighty man in valour, but he was a leper.” Naaman sought the help of God and then rejected it: the task was too small, too simple. But upon submitting to God’s counsel, upon bathing in the small river as instructed, he was cleansed. He was healed of the leprosy, and his skin was restored to the flesh of a baby.

As Heavenly Father established His teachings among mankind, He designated symbolic cleansing as an outward proclamation of an inward commitment to serve Him. By celestial design, the act of baptism is a small and simple thing. Note that God did this not to demand subservience as does a king, queen or any human magistrate but rather because He knows that, as humans, we are at our best when serving a Higher Source than self. When the Father sent His Son to bring us back to His teachings, he re-emphasized man’s need for baptism. After we strayed anew from those teachings, God did so as He restored His truths once again.

I was very young when I learned the value of all this. I grew up on a farm in Missouri in a friendly Mormon congregation, where a number of folks in the community decided to join us in our faith. Those who joined our church were baptized in our pond. Bob, a local college student, yearned to be baptized, and he wanted first to receive the permission of his parents, whom he loved dearly. For years they refused, and, as Bob waited for their hearts to change, after each time someone else was baptized, he would stay down at the pond. For long periods of time, he would cry out his soul to God for patience and understanding, with clenched fists and raised voice. I remember seeing him come up to the farmhouse, his eyes red and puffy, and I heard him say through tears how much he looked forward to his turn in our pond, when he could finally show his willingness to put his sins behind him. His earnestness made an impression on my young spirit, and to this day, each time I see a baptism, I see in my mind’s eye the intensity of Bob’s joy when he was finally able to do this for himself.

Short-sightedness and sin have made lepers of us all. A little symbolic cleansing can help. 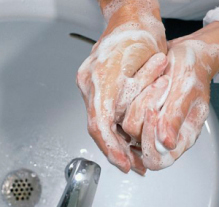 Watch, listen, or read Elder David A. Bednar’s entire address regarding the priesthood ordinance of baptism, entitled, “That We May Always Have His Spirit to Be with Us”. (Length: 16:33.)