A Good Reason To Get Beaten Up

Sometimes, you just gotta rock the boat and stand up for what you believe.

I remember that, when I was a kid in Columbia, Missouri, a friend at school picked a fight on the playground. He had criticized my beliefs as a Mormon and called me a moron. I chose to say, “Yes, I believe those things,” and he beat me up. A couple years later in Fifth Grade, while waiting in line at the water fountain in the hallway, another friend asked me, “Do you really believe that Old Joe Smith saw God?” I remember thinking, “Who the heck is Old Joe Smith?” And then it hit me that he was referring to the prophet Joseph Smith (whom I’d never heard called Old Joe Smith before). I said, “Yes, I do believe that Joseph Smith saw God.” He shrugged his shoulders, and that was the end of it. We got our sips of water and went back to class. 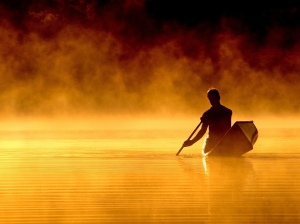 In my previous post, I discussed the importance of being at our best—Not the importance of individual achievement but of working as a team, when we all get in the boat together and pull as one. Have you noticed that being our best can demand more than mere teamwork? Sometimes, when singled out to row without help, criticized for what we think is right, we are called upon to stand alone. And while on occasion, it happens with a bang, like my fight on the playground, I’ve noticed that in general it happens quietly. Like when I volunteer at the Family History Center—I thought I would help others learn to connect with their families, but most of the time, I find I’m slowly learning more myself. Or when I’m together with friends of multiple faiths—Not only do I learn to listen better but also to express myself better so that I invite rather than annoy. No bang, just slow progress towards being our best and working as a team.

But, on occasion, we must be willing to rock the boat.

One young woman learned this as an LDS missionary. “My companion and I saw a man sitting on a bench in the town square eating his lunch. As we drew near, he looked up and saw our missionary name tags. With a terrible look in his eye, he jumped up and raised his hand to hit me. I ducked just in time, only to have him spit his food all over me and start swearing the most horrible things at us. We walked away saying nothing. I tried to wipe the food off of my face, only to feel a clump of mashed potato hit me in the back of the head. Sometimes it is hard being a missionary, because right then I wanted to go back, grab that man, and say, ‘EXCUSE ME!’ But I didn’t.”

Unfortunately, messengers of divinely mandated commandments are often no more popular today than they were anciently, as at least two spit-upon, potato-spattered sister missionaries can now attest.
⁞ 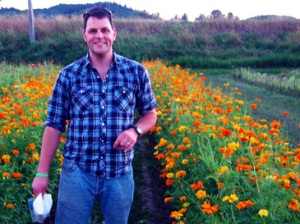 Run Along And Pick Marigolds, Or Stand For Something

It is a characteristic of our age that if people want any gods at all, they want them to be gods who do not demand much, comfortable gods, smooth gods who not only don’t rock the boat but don’t even row it, gods who pat us on the head, make us giggle, then tell us to run along and pick marigolds.  [See Henry Fairlie, The Seven Deadly Sins Today (1978), Pages 15-16.]
⁞
Defend your beliefs with courtesy and with compassion, but defend them.

I have learned for myself the value of standing for something. It’s especially satisfying when I may do so as part of building a team that rows as one.

The importance and vitality of the strait and narrow path:

Be strong. Live the gospel faithfully even if others around you don’t live it at all. Defend your beliefs with courtesy and with compassion, but defend them. A long history of inspired voices, including those you will hear in this conference and the voice you just heard in the person of President Thomas S. Monson, point you toward the path of Christian discipleship. It is a strait path, and it is a narrow path without a great deal of latitude at some points, but it can be thrillingly and successfully traveled, “with … steadfastness in Christ, … a perfect brightness of hope, and a love of God and of all men.” In courageously pursuing such a course, you will forge unshakable faith, you will find safety against ill winds that blow, even shafts in the whirlwind, and you will feel the rock-like strength of our Redeemer, upon whom if you build your unflagging discipleship, you cannot fall. [Jeffrey R. Holland, “The Cost—and Blessings—of Discipleship”, Ensign, May 2014, Pages 6-9.]

Sometimes, You’ve Got To Rock The Boat

One response to “A Good Reason To Get Beaten Up”