Lessons Of Leadership From Candle Flames

A quote on leadership that I find well-suited to Mother’s Day, that I dedicate to all women, following the lead of Sheri Dew, who dares to ask women everywhere, “Are We Not All Mothers?”:

“ ‘Candle flames,’ ” Litima continued. The selection was from The Way of Kings, read from the very copy that Gavilar had once owned. “ ‘A dozen candles burned themselves to death on the shelf before me. Each of my breaths made them tremble. To them, I was a behemoth, to frighten and destroy. And yet, if I strayed too close, they could destroy me. My invisible breath, the pulses of life that flowed in and out, could end them freely, while my fingers could not do the same without being repaid in pain.’ ”

Dalinar idly twisted his signet ring in thought; it was sapphire with his Kholin glyphpair on it. Renarin stood next to him, wearing a coat of blue and silver, golden knots on the shoulders marking him as a prince. Adolin wasn’t there. Dalinar and he had been stepping gingerly around one another since their argument in the Gallery.

“ ‘I understood in a moment of stillness,’ ” Litima read. “ ‘Those candle flames were like the lives of men. So fragile. So deadly. Left alone, they lit and warmed. Let run rampant, they would destroy the very things they were meant to illuminate. Embryonic bonfires, each bearing a seed of destruction so potent it could tumble cities and dash kings to their knees. In later years, my mind would return to that calm, silent evening, when I had stared at rows of living lights. And I would understand. To be given loyalty is to be infused like a gemstone, to be granted the frightful license to destroy not only one’s self, but all within one’s care.’ ”

Litima fell still. It was the end of the sequence.

[From Brandon Sanderson’s outstanding novel, The Way of Kings, Part Two: The Illuminating Storms, Chapter 26 “Stillness”, Pages 368-369. Yes, it’s a fantasy novel. Yes, everyone should read it. Try it; you’ll like it!] 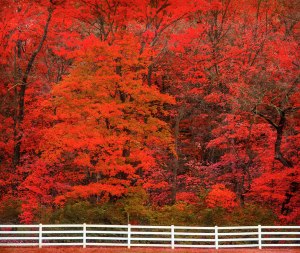 I think that Dew would agree that this quote applies to Mothers’ Day, this quote that teaches us important truths about leadership. After all, she has said:

Motherhood is more than bearing children, though it is certainly that. It is the essence of who we are as women.
[Sheri L. Dew, “Are We Not All Mothers?”, Oct 2001 LDS General Conference.]

I agree with her.

Kim, Whitney, Mary Lynn, this post is for you. Thank you for leading the way.

Certain Women, Supporting A Friend Who Happens To Have Leukemia

Please note that this quote on candle flames applies equally to fatherhood and motherhood. It particularly applies to both of them in equal roles as complementary leaders, specifically as husband and wife leading together in the joint venture of parenthood. 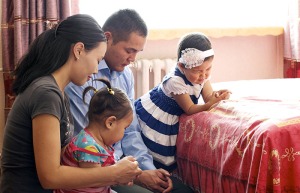